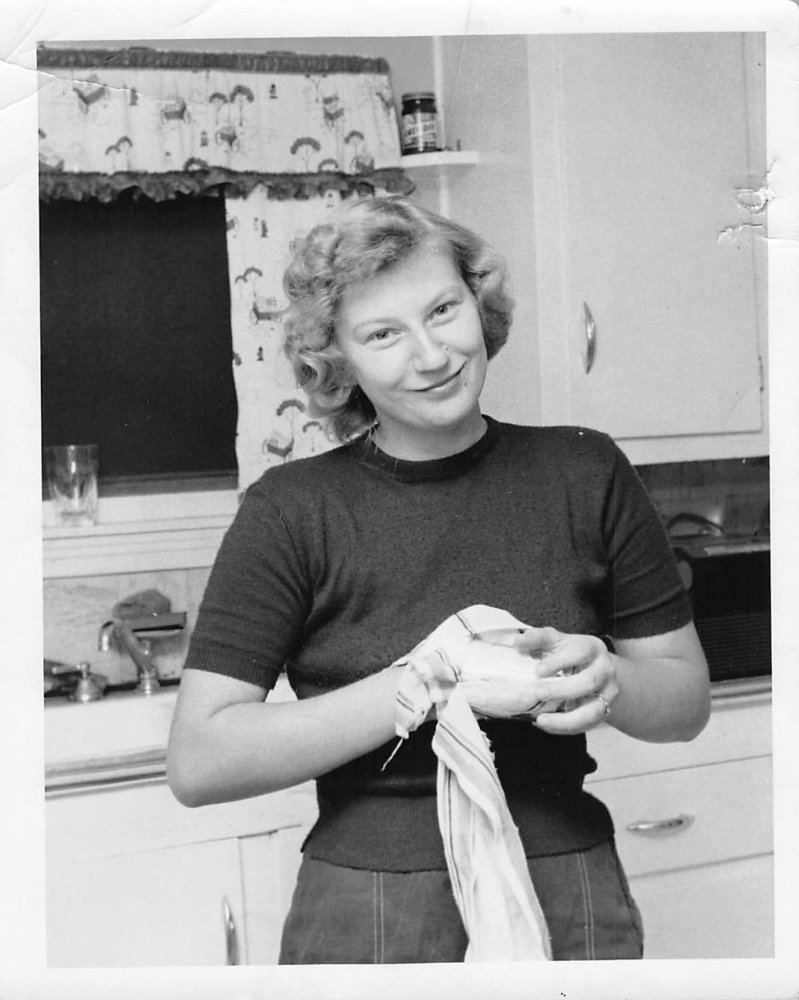 Shirley Charlotte Litz, 87, passed away peacefully at Lortto Cunningham, after a long battle with Alzheimer’s Disease. She was born in 1932 to the late Carroll and Florence Hale, in Syracuse, NY; the youngest of six siblings.

She graduated from Central High School and retired from the Onondaga County Probation Dept. after 25 years as a Stenographer, “where she would always check out her teenager’s new friends to see if they were legit”. She was like a second mother to numerous friends in the teenage years of her children’s lives. Although she was a bit lenient with the “rules” she always made sure her children, and their friends, were safe and abiding by the law.

Shirley loved pets of any kind and welcomed stay cats, along with her three beloved German Sherpard dogs. She had a great sense of humor and participated in several of her teenager’s activities, including a prank that brought her for a drive down the infamous “Thirteen Curves”, which will never be forgotten. She loved life and was thrilled when each of her grandchildren, and great grandchildren were brought into the world. She adored them all and would include them in her and her husband’s trips to “camp” on Lake Ontario. They were the love of her life.

Shirley married her second husband, Alexander Litz, who showered her with love and introduced her to the traveling life. They visited London, Paris, Russia, Paradise Island in the Bahamas, Charlotte, NC, Virginia Beach, and Leslie, AR. Shirley was also an avid SU Basketball fan and was delighted when she was able to attend a NCAA tournament with her daughter.

Calling hours will be held on Saturday, January 4, 2020, from 2 pm to 4 pm at Ballweg & Lunsford Funeral Home, Syracuse, NY. In lieu of flowers, consider a memorial donation in Shirley’s name to: Alzheimer’s Association, Central NY Chapter, 441 W. Kirkpatrick St., Syracuse, NY 13204 OR to an animal charity of your choice. Her daughter would like to thank the staff at Heritage of Loretto, and Loretto Cunningham, Beth Drogoszewski, Jody Rao, and Lynda Kuhry for their kind care and support.