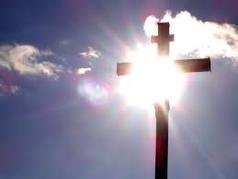 Obituary of Paul A. Kelly

Paul was born in Plains, PA, to John A. and Mary [Romanczak] Kelly on December 17, 1922. He graduated from Sacred Heart High School in Plains in 1940. His subsequent studies at the University of Scranton were interrupted when he was drafted into the US Army in 1943. He served during World War II in Iwo Jima and the Philippines, attaining the rank of Staff Sergeant. After his honorable discharge in 1946 he completed his degree in Sociology at the University of Scranton. He then moved to Syracuse, NY, and started a career with General Electric. While at GE he met Margaret E. (Peg) Goodsell; they were married in 1955. In 1960, Paul and Peg moved with their children into a house that they built themselves on Baldwin Avenue in Syracuse. In 1967 Paul earned a Masters degree in Social Work from Syracuse University. He then began a career in social work and social services administration with several agencies that lasted until his retirement in 1985. In retirement he enjoyed watching sports (especially Notre Dame football!), and traveling to visit his children and grandchildren.

Memorial donations may be made to The American Cancer Society or Wounded Warrior Project. The family wishes to extend their gratitude to the staffs of the Manlius Assisted Living Program and Palliative Medicine at Crouse Hospital.

Share Your Memory of
Paul
Upload Your Memory View All Memories
Be the first to upload a memory!
Share A Memory
Send Flowers